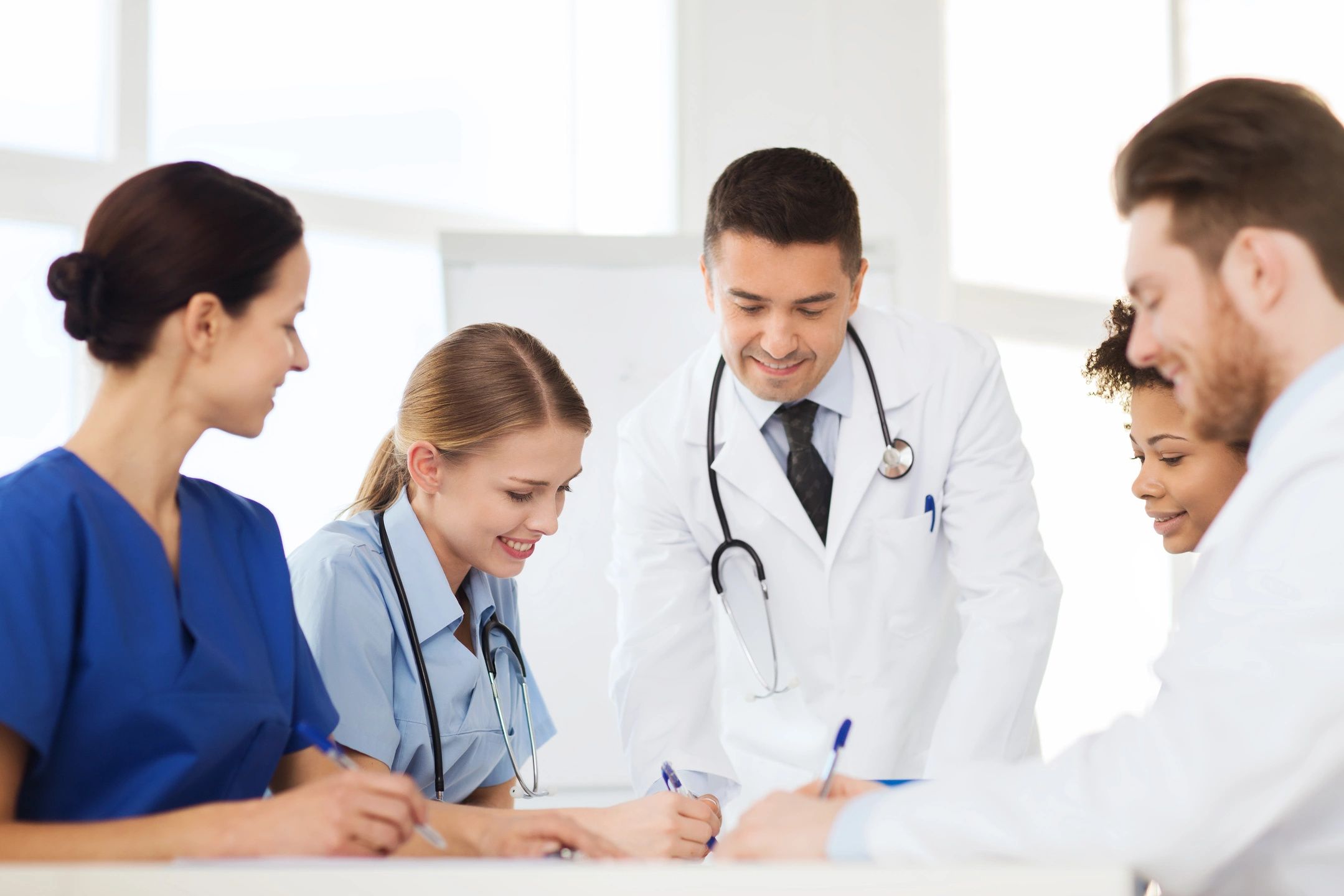 Pre-exposure evaluation for healthcare personnel previously vaccinated with complete, ≥ three dose hepatitis B vaccine series who have not had post-vaccination serologic testing* 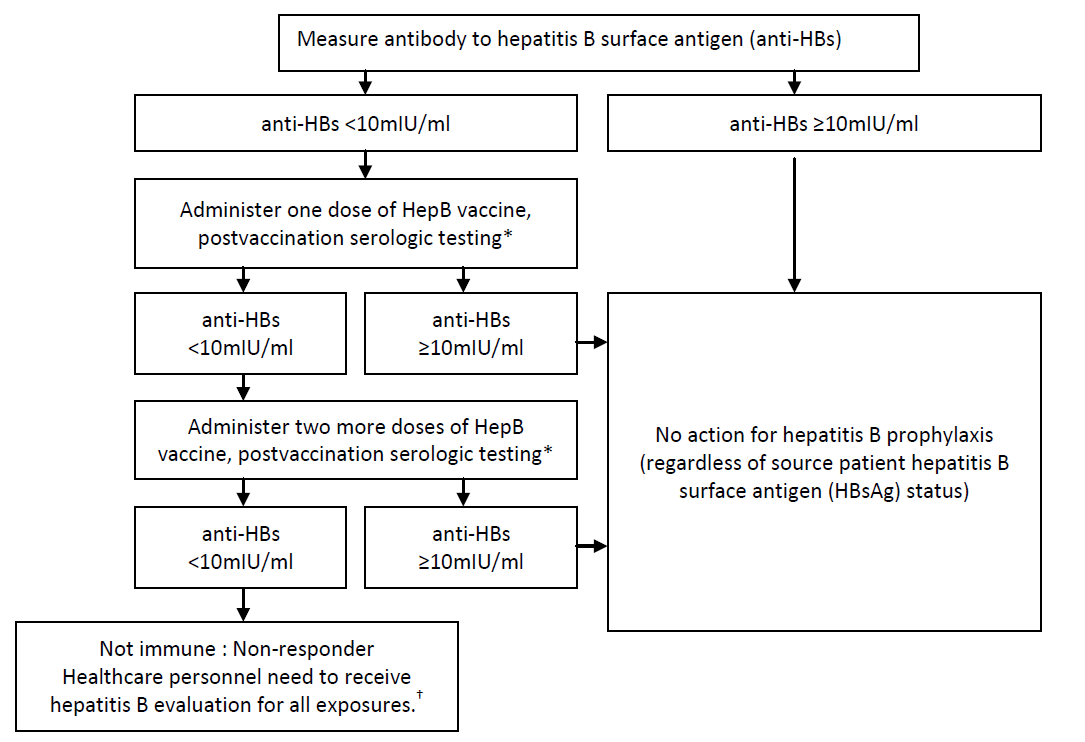 * Should be performed one to two months after the last dose of vaccine using a quantitative method that allows detection of the protective concentration of anti-HBs (≥10 mIU/mL) (e.g., enzyme-linked immunosorbent assay [ELISA]).

† A nonresponder is defined as a person with anti-HBs <10 mIU/mL after ≥6 doses of hepatitis B vaccine. Persons who do not have a protective concentration of anti-HBs after revaccination should be tested for HBsAg. A common reason for non-reponse to vaccine is that the person is already infected with hepatitis B. If positive, the person should be referred for evaluation for hepatitis B.

Note: Healthcare workers who perform tasks involving contact with blood, body fluids, or sharps must be offered the three dose hepatitis B vaccination series (WAC 296-62-08001(6)). Administer the vaccine by the intramuscular route in the deltoid muscle with a needle 1 to 1.5 inches long. 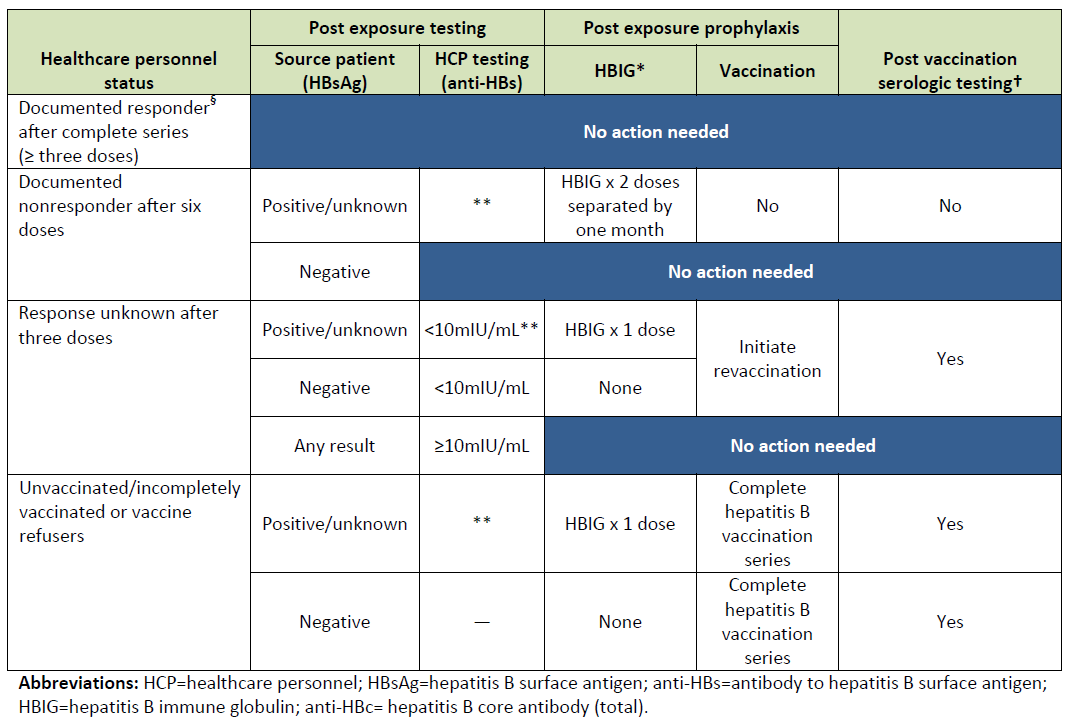 * HBIG should be administered intramuscularly as soon as possible after exposure when indicated. The effectiveness of HBIG when administered >seven days after percutaneous, mucosal, or nonintact skin exposures is unknown. HBIG dosage is 0.06 mL/kg.

† Should be performed one months after the last dose of the hepatitis B vaccine series (and four 4–6 months after administration of HBIG to avoid detection of passively administered anti-HBs) using a quantitative method that allows detection of the protective concentration of anti-HBs (≥10 mIU/mL).

• A responder is defined as a person with anti-HBs ≥10 mIU/mL after ≥ three doses of hepatitis B vaccine.

¶ A nonresponder is defined as a person with anti-HBs <10 mIU/mL after ≥ six doses of hepatitis B vaccine.

** HCP who have anti-HBs <10mIU/mL, or who are unvaccinated or incompletely vaccinated, and sustain an exposure to a source patient who is HBsAg-positive or has unknown HBsAg status, should undergo baseline testing for hepatitis B virus infection as soon as possible after exposure, and follow-up testing approximately six months later. Initial baseline tests consist of total anti-HBc; testing at approximately six months consists of HBsAg and total anti-HBc.