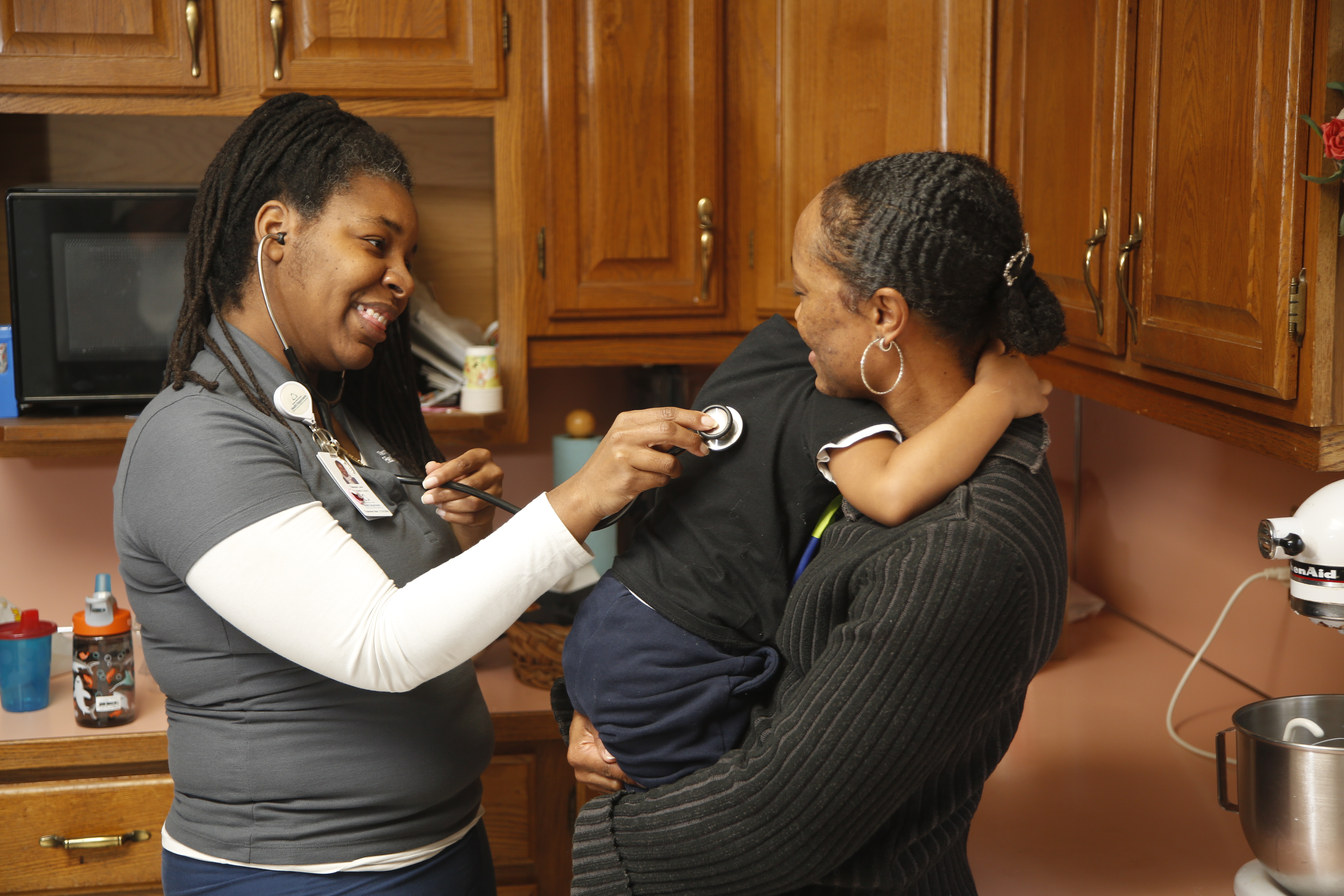 Pertussis is common and very contagious. It is caused by Bordetella pertussis. The bacteria infect cilia in the upper respiratory tract. Early symptoms are mild, like the common cold. Patients often experience violent coughing fits (paroxysms). These can be followed by high-pitched gasps (a “whoop” sound) as the patient tries to inhale. Coughing spells can lead to gagging, vomiting, loss of consciousness, incontinence and broken ribs.

Babies are at high risk for severe complications. Most pertussis deaths occur in babies under 2 months of age.1 Very young infants with pertussis do not always cough. They may experience apnea, poor feeding and failure to thrive. Severe complications include pneumonia and convulsions.

Vaccination is the best way to prevent pertussis. Immunity wanes over time, but is highly effective in infants and young children. Maternal immunization at 27 to 36 weeks gestation has been shown effective in preventing pertussis in the first weeks of life.

Early symptoms include coryza and mild non-purulent conjunctival injection, followed by development of an initially mild
cough. Fever is absent or minimal. The cough becomes severe and paroxysmal and inspiratory whoop and/or post-tussive
vomiting may occur. Disease in older children and adults may be much less severe, manifesting as just a prolonged (longer
than 2 weeks) cough. Residual coughing may last up to 3 months. Very young infants may present with apnea, poor
feeding and/or failure to thrive. A history of immunization does not preclude the diagnosis. Pertussis is under-diagnosed
in adults. The incubation period is 5-21 days (usually 7-10 days).

Polymerase chain reaction (PCR) is currently the most common method of diagnosis. Culture of nasopharyngeal
secretions is the “gold standard”—however, Bordetella pertussis is very difficult to culture and PCR provides more rapid
and sensitive results. For the best diagnostic yield, obtain specimens within the first 2 weeks of infection and before the
patient receives antibiotics. A negative PCR and/or a negative culture does not rule out pertussis. Serology is not
recommended for diagnostic purposes. See instructions on how to collect nasopharyngeal specimens.

Macrolides are the preferred treatment. If pertussis is suspected, a preferred antibiotic should be given without waiting
for test results. Antibiotic prophylaxis should be administered to all members of the household and high-risk
asymptomatic close contacts of a confirmed case. Women in the last trimester of pregnancy and infants younger than 1
year of age are considered high-risk. Healthcare or childcare workers who may have close contact with people at high risk
for acquiring severe or complicated disease should be given prophylaxis. See table for prescribing details.

Immunization is highly effective for infants, and since widespread immunization, pertussis rates have fallen more than
75%. However, immunity from pertussis immunization quickly wanes, and public health efforts are now highly focused on
preventing newborn cases of pertussis through vaccination of pregnant women at 27-36 weeks of every pregnancy.
Passive antibody transfer from mother to fetus has been shown to offer protection in the first weeks of life when
prevention of pertussis is critical.3,4 This recommendation was made in 2012 and is supported by the American College of
Obstetricians and Gynecologists (ACOG) and the American College of Nurse-Midwives.
The primary series is DTaP (diphtheria, tetanus and pertussis) given at 2 months, 4 months, 6 months and 15-18 months
of age (the fourth dose can be given as early as 12 months of age if 6 months have passed since the third dose). A booster
is given at age 4-6 years. Tdap (tetanus, diphtheria and pertussis) immunization should be given at age 10 or 11 and is recommended as a 1-time dose for adults, except for pregnant women as noted above. Every effort should be made to
protect newborns from this disease by immunizing their mothers and those close to them, including caregivers and
healthcare workers.

Recommended Regimens for Treatment and Prophylaxis of Pertussis2

Persons with confirmed or suspected pertussis should be considered contagious and excluded from school, daycare or work until five days after the start of appropriate antimicrobial therapy or three weeks have passed after the onset of paroxysmal cough. Healthcare workers with pertussis, or healthcare workers who are symptomatic after exposure to a case, should be relieved from direct patient contact until five days after the start of effective antibiotic therapy or from the beginning of the symptoms through 21 days after onset of paroxysms.